This page is to document the release process for the current OpSim code, but going forward to the newly refactored code, the ideas will be the same even if the actual execution will change. The person in charge of going through the checklist and executing its contents is the Release Manager.

Setting up for a Release

During a the work on a release, the code should occasionally be run through a CI system. This has been nicely captured with the new Jenkins CI system. To register, do the following:

To accomplish this last step, the following annotated picture is used. 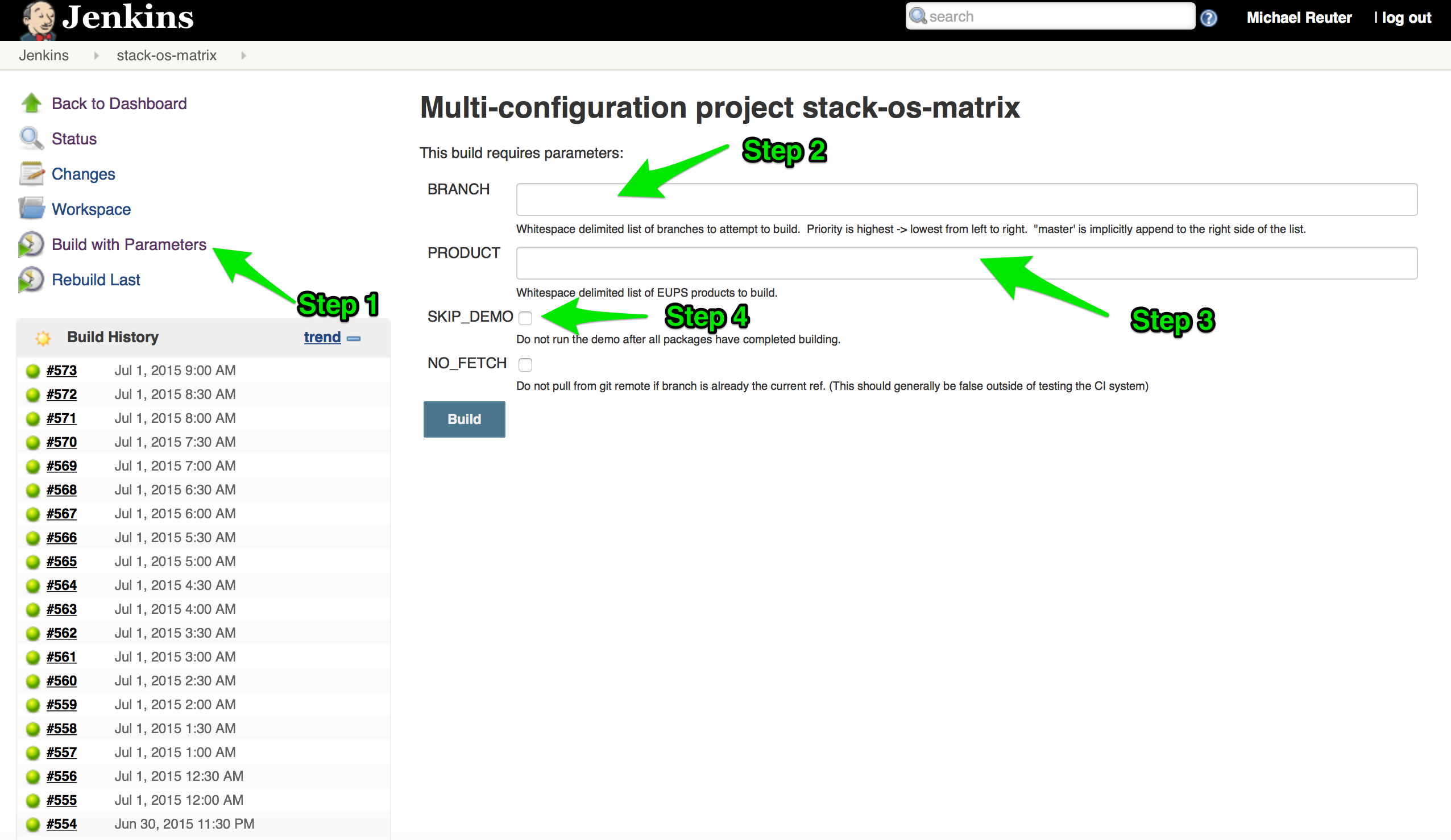 This involves having credentials as the lists user on the lsst-dev.ncsa.illinois.edu server in order to actually build the EUPS package.

Finishing up the Release